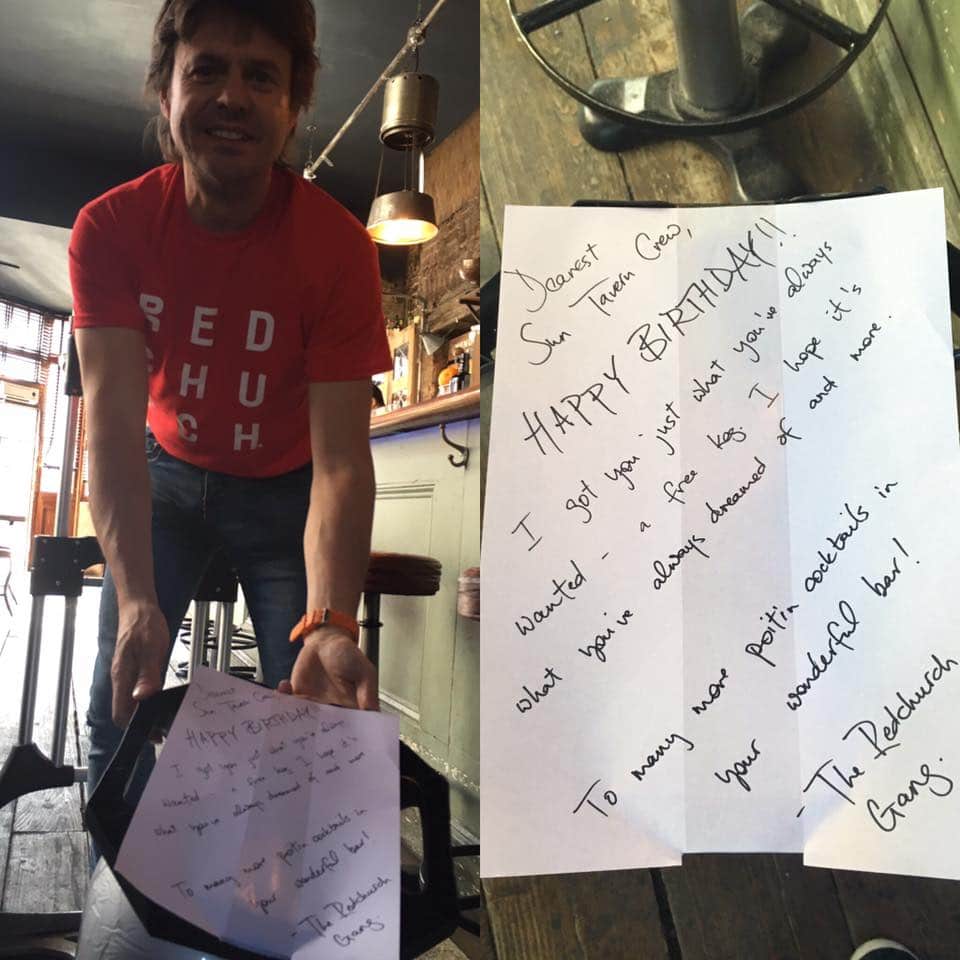 The Sun Tavern turned two this October and we celebrated with a good old-fashioned piss-up!

Umbrella Brewing Ginger Beers were going for 2 quid a bottle and the boys from Redchurch Brewery sent over a keg as a birthday present – which we put on for free until it was dead, cheers lads! (To be honest, we’re not so sure a keg is an appropriate gift for a two year old…)

Terry from the locksmiths across the street got us a specially engraved chopping board – so massive shout out to him for that, nice one Terry! Cheers also to our friends over at The Stone & Wood Brewing Co who chipped in with a case of their Pacific Ale.  Camden Town Brewery got in on the act too, sending us over a couple of free kegs the next day – lucky us! A big thank you to those chaps as well.

Umbrella Radio and the guys at superfood were banging out the tunes as part of our first ‘Non-specific’ rock’n’roll night, Umbrella Radio’s monthly takeover – don’t miss the next one!

We launched our new cocktail menu the same day and the cocktails and poitin flowed freely late into the night – a massive thanks to all those who came and made it such a great night, those that didn’t – make sure you’re there for our third! (But why wait til then – stop by next time you’re in the area for late-night music at the best cocktail bar in Bethnal Green!)