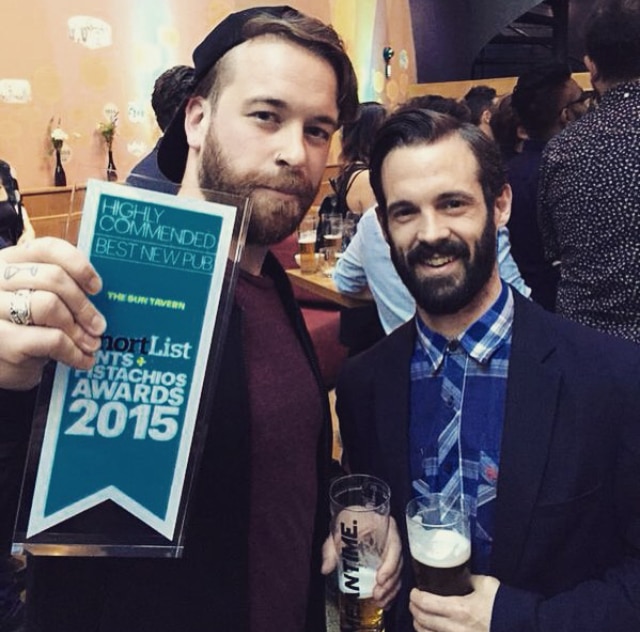 Flattered to be entered, even better to win something.

We must say to be considered one of the top 30 pubs in London within our first year of being open was an achievement in itself and only goes to show that if you invest in your staff, product and ethos, you will be rewarded. When the lads received and invite to the award ceremony we were a bit taken back. In all honesty we hadn’t been pushing it all that much, other than some tweets and facebook posts, so you could imagine the lads got a little excited and thought they might have to buy a nice jacket!

When Ciaran and Barry went along to the award ceremony I remember them saying “it got down to the last 5 and we hadn’t been called, then the last 3, so we’re like sweet, bronze, right? Then the last 2 and we were called out!!! Best New Comer and 2nd place aint bad!”