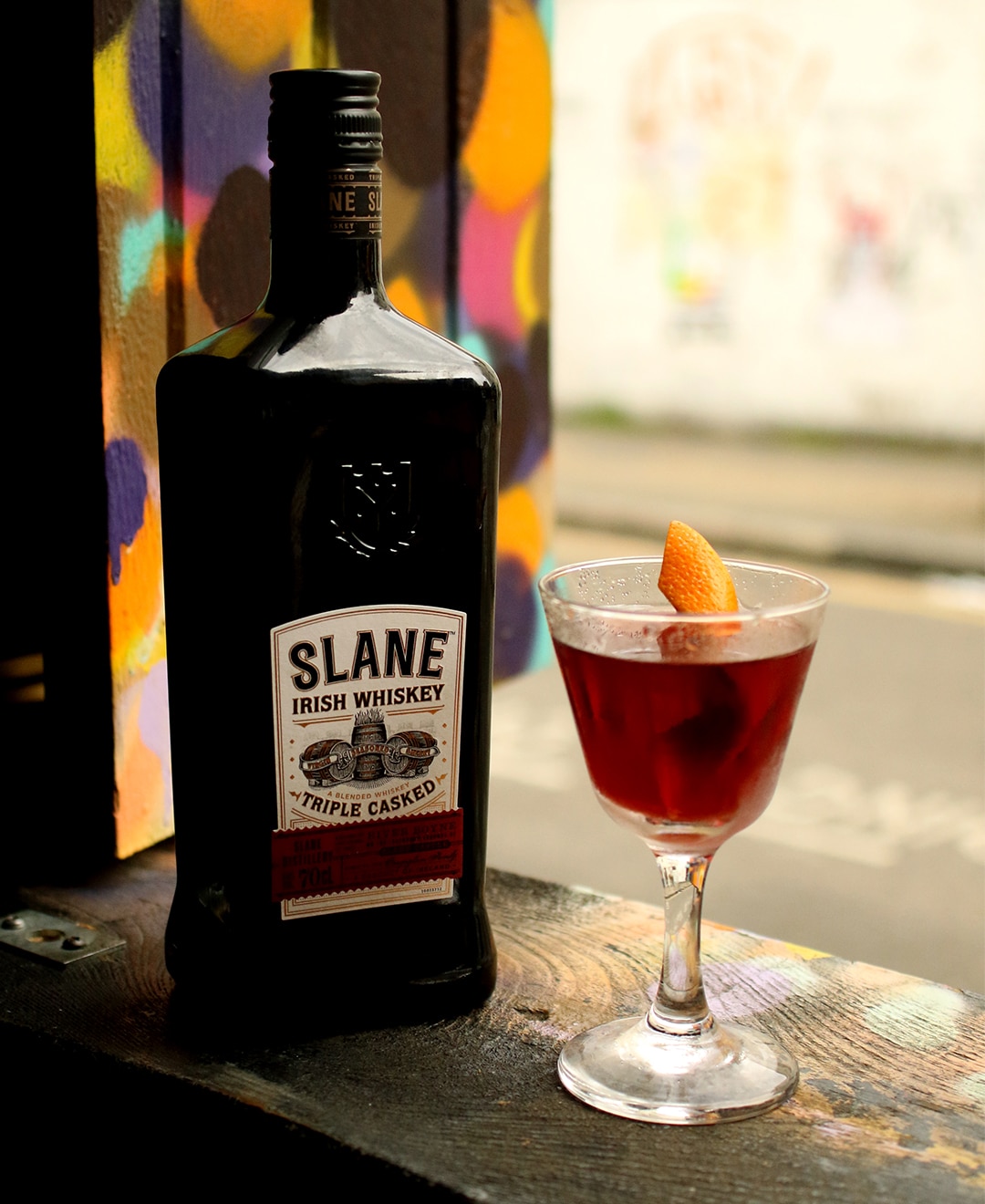 Stepping up to the plate for June’s Whiskey Wednesdays at The Sun Tavern is Slane Distillery with their Triple Casked Irish Whiskey.

As with all our Whiskey Wednesdays, you can grab one of our bespoke cocktails for £5 every Wednesday of the month – we have three new creations for June: Slane The Chancellor, East End Rocks and the King George Cobbler – all featuring Slane Irish Whiskey.

Also for a fiver you can also help yourself to “beer and a bump” – half a pint of a Mondo Brewing beer (this month’s Takeover Tuesday brewery) and a shot of Slane Irish Whiskey.

Slane are a young distillery, only launching their Triple Casked Irish Whiskey earlier this year. The distillery itself is actually located on the grounds of the legendary Slane Castle in the rural countryside of the Boyne Valley in County Meath. As you probably know, Slane Castle has famously hosted huge open air concerts for loads of artists including Bowie, The Stones, Bob Dylan, Neil Yound and Oasis.

The whiskey is aged in three varieties of cask: virgin casks made at the venerated Brown-Forman Cooperages, which bring notes of toasted oak and vanilla; seasoned casks that add hints of plum, banana and butterscotch; and Oloroso sherry casks from of Jerez in Spain that contribute flavours of raisin and spice.

Once the liquid has been aged, it is masterfully blended to create a uniquely complex spirit.

We’re big fans of the result and reckon you’d love it – stop by any Wednesday in June to try it out for yourself! East End Rocks – Short. Heavy on the whiskey, with subtle notes of orange and herbs. King George Cobbler – Light and sweet hints of wine with a fruity zest, finished with a heavier drop of cognac.

Slane the Chancellor – Whiskey all the way through with bitter red fruits and an orange aroma.