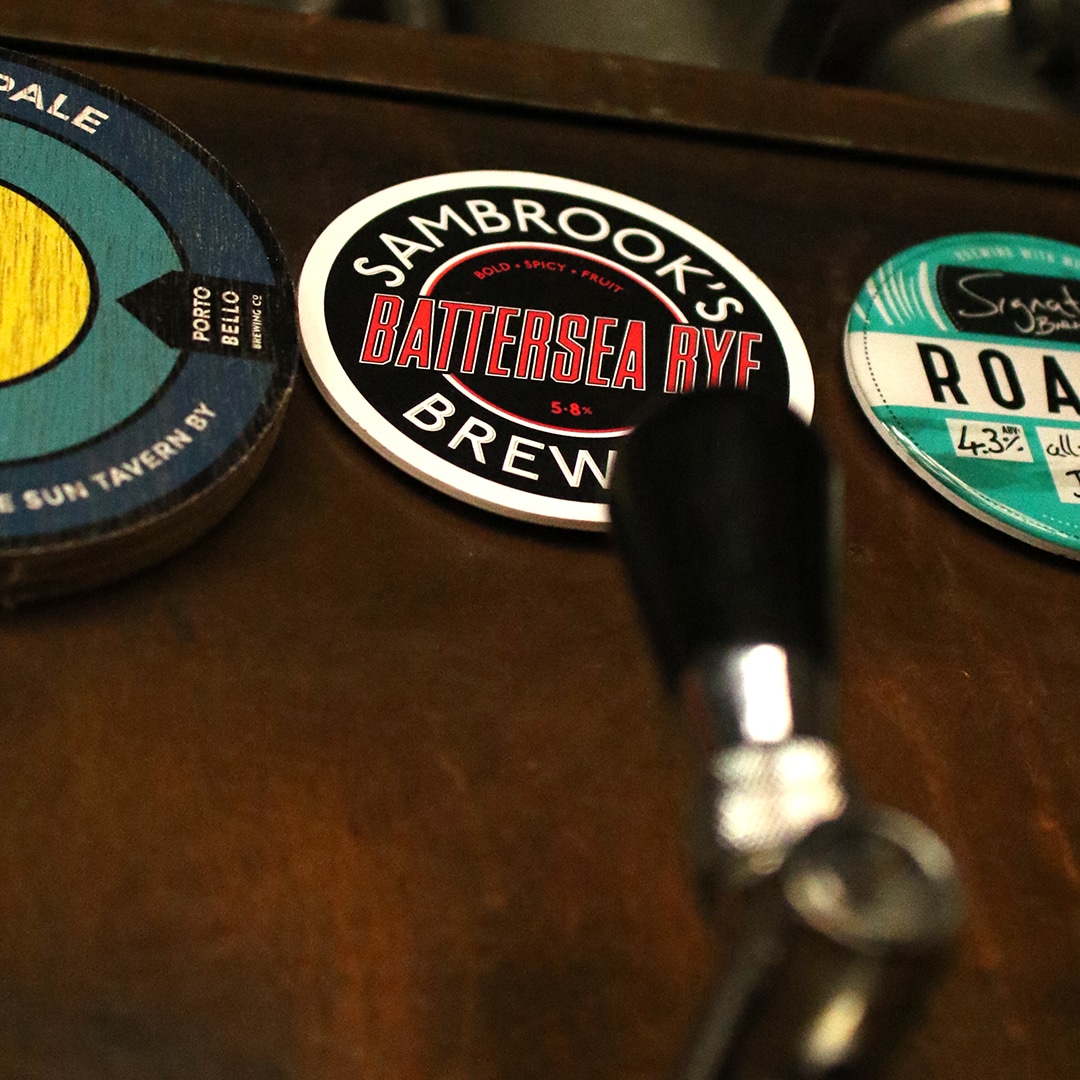 Sambrook’s of Battersea were our pick for May’s Takeover Tuesdays and will have their beers on two of our taps for the entire month of May – if you pop in on a Tuesday it’s £3 per pint on each until the keg runs out.

We’ll have their Session IPA, London Pale Ale and the fruity/spicy Battersea Rye on rotation, and on the first and last Tuesday of the month, Max from Sambrook’s will be playing ‘beat the brewer’ at the bar – if you beat him at one of our bar games he’ll pay for your pints!

Our mates at Flying Vinyl will also be on the decks on those days – they run an awesome vinyl delivery service, sign up and you’ll get a box of the best new music on vinyl delivered to your door every month, read more at www.flyingvinyl.co.uk

We choose a different independent brewery each month, usually local, to join us for Takeover Tuesdays each month, June will be The Mondo Brewing Company‘s turn – make sure you don’t miss it!