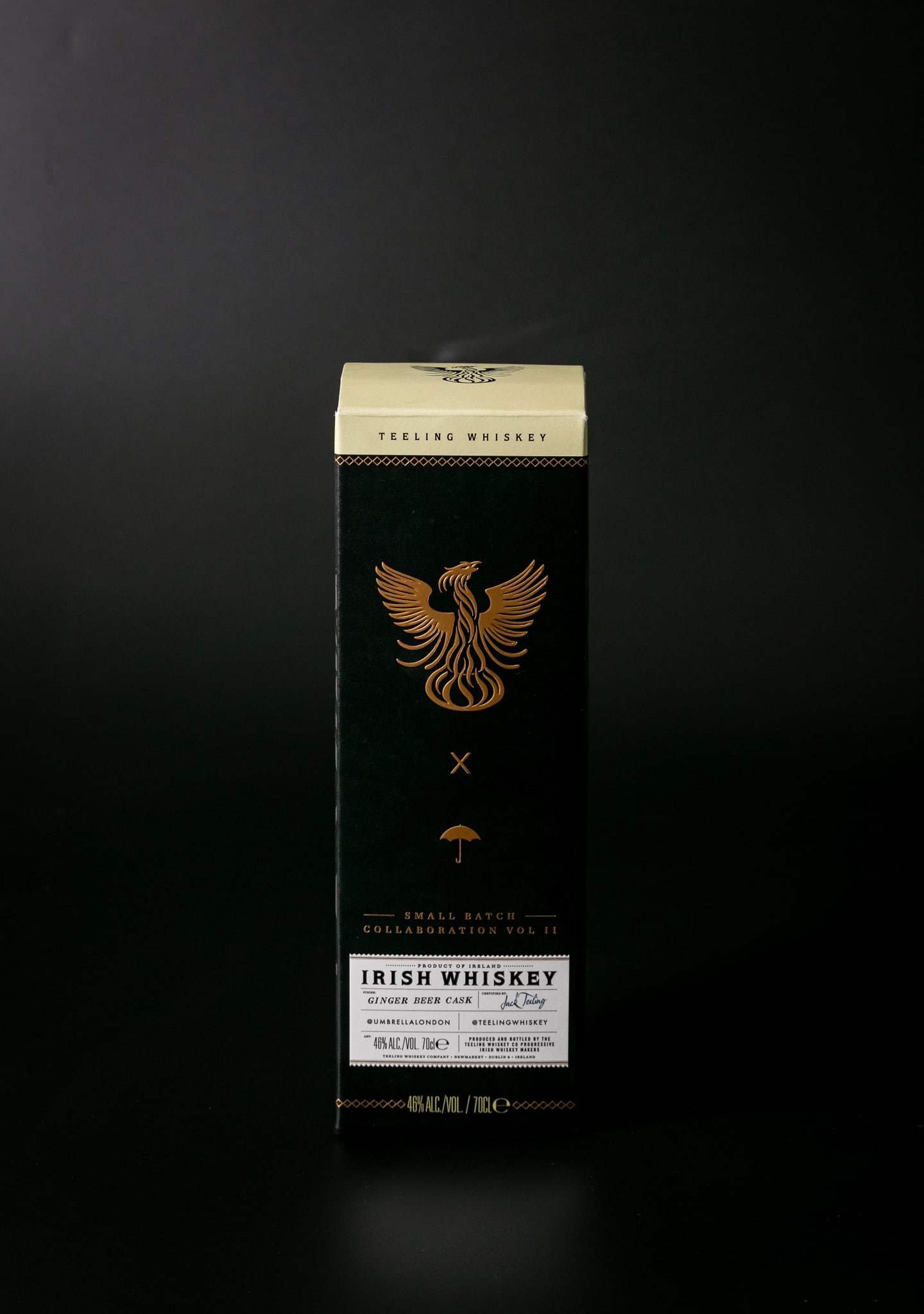 Umbrella London first collaborated with Dublin based distillers, Teeling, in 2020. Due to the success of the first partnership we got together for a second addition, due to be released on World Whiskey Day, May 21st, and available to pre-order via the Umbrella Project today.

Teeling master distiller Alex Chasko hand selected ex-bourbon hogsheads and sent them to Umbrella London. We rested our fiery ginger beer in these casks for two years. The beer was then carbonated and bottled and will be available to purchase soon. The hogsheads returned to Teeling in Dublin, and they finished their Small Batch Whiskey in the ginger beer washed casks, resulting in flavours of ginger, rich molasses and subtle hints of malt, and a finish with a hint of lasting spice. The whiskey is bottled at 46% ABV and is non-chill-filtered. Also coming very soon will be Umbrella London’s Teeling Whiskey Finished Ginger Beer from the very same hogsheads, just to whet your appetite before the 21st.

You can pre-order your whiskey HERE