The Oyster Boy at The Sun
Skip to content 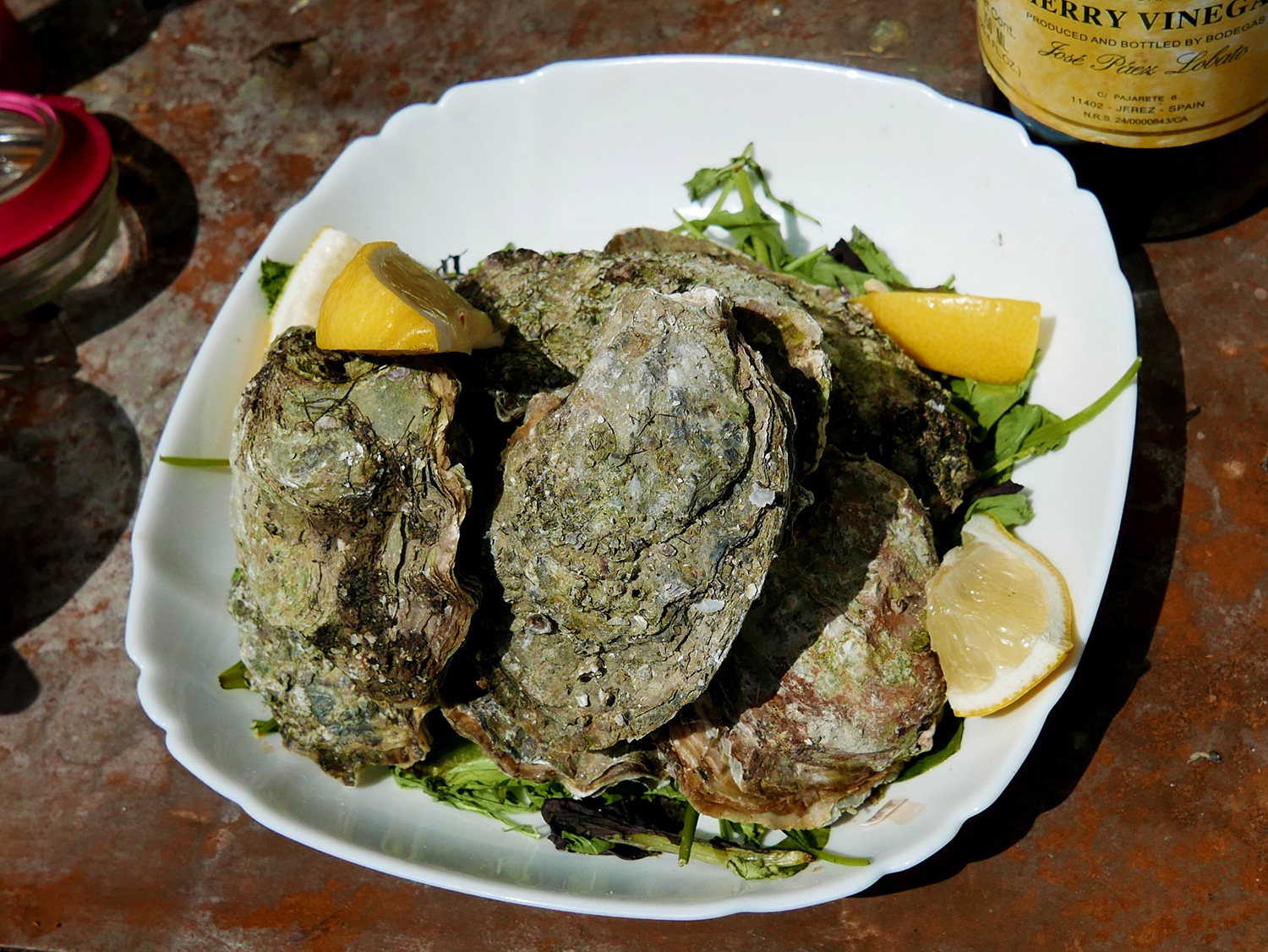 The Oyster Boy will be giving out his delectable oysters at ‘East End Of The Line’ at The Sun Tavern to celebrate the coming of the Night Tube.

He can also be found shucking at Broadway Market & Leyton Food Market each Saturday and Columbia Road Market every Sunday. Can you tell us the relevance of oysters In East London?

While it has a reputation of decadence and high society now, back in the day, Victorian times and before, around Hackney and Whitechapel oysters and lobsters were the food of the poor. There was actually a legislation that grouped lobsters, oysters and rats as being illegal to be the sole food of prisoners because they were thought so poorly of. They were like, “You can’t just give them that crap”. That was to do with the quality of the water and of how they were handled. As technology’s moved on, we can bring them in from cleaner waters like Chelmsford in Essex and La Rochelle in France. You can now get incredible, incredible oysters. So they’ve moved in the same way as East London, it used to be a working class area and oysters used to be a working class food.

What’s the difference between a Rock and a Native?

Native oysters are European oysters. They’ve always been from European waters. So if you hear about the Romans or the Celts having oysters they’d have small, clam-like, flat ones. During the 40’s and rationing we decimated our native oyster population, so we brought over the Pacific Rock Oyster from North America which are much hardier and don’t have the same breeding pattern. They’ve been here almost 80 years now so they’re like third generation immigrants, but they’re Native Rock Oysters now. Chew! Chew! Chew! Chew with your tongue against the roof of your mouth. It’s not a cheap experience but it’s a bloody delicious experience! If you swallow, it’s like getting a great whiskey and shooting it.